The existence of the Israeli currency exchange market can be traced back to the days of Israel’s founding as country, which celebrates its 70th anniversary this year. However, it was forbidden for any organizations that weren’t banks to perform currency exchanges until 1997. This led to the eventual rise of a parallel black market for exchanging US dollars, which first began to blossom around Lilenblum street in Tel-Aviv. Forbidding currency exchange outside of banks wasn’t enough, however. The State, at that time, also demanded that anyone who wishes to exchange currencies must also declare the purpose of said exchange. These prohibitions were removed in 1997 as previously mentioned, and ever since then, a fully-legal currency exchange market (or more correctly – currency services providers’ market) exists, which an annual volume of roughly 120 billion dollars. This market is made of hundreds of exchange & money transfer shops (Also known as “changes”) spread across the entire country, most of which, in one way or another, work with or are franchises of either one of the two major players in this market – GMT (who are official partners of MoneyGram in Israel) and Western Union. The currency services market constitutes approximately 10% of all financial & banking activity in Israel. However, this market has been neglected regulation-wise for years, which allowed some questionable and criminal elements to enter this sector, which in turn unjustly caused the whole sector to bear a bad name and ruined the names of every business involved in it.

Also, the old definition of the law that determined a currency services provider’s scope of activities did not include aspects such as non-bank loans, which weren’t regulated whatsoever.

Alongside the legislative failures, the effectiveness of any regulation that was in place was also hindered by the identity of the old regulator, or lack of such thereof, as well as the limited manpower said regulator had available. The manpower situation was in such shambles that six employees of the Currency Services Unit had to supervise over two thousand currency services providers. For these reasons, the Ministry of Finance had decided that starting August 1st, 2016, the Law on Supervising Financial Service (Organized Financial Services) would be brought into effect, which restructured the entire field of currency services, and specifically – the matter of non-bank loans and credit.

Adv. Golan Shlomi, who has years of experience in legally supporting currency services providers, explains how this regulation essentially protects the sector: “Lack of regulation in the sector has led to some undesirable circumstance, the largest of which being the introduction of criminal organizations into the sector and creation of an infrastructure for tax evasion and large-scale money laundering. The new regulations can protect the sector from these. Among other things, organized regulation of the sector will improve the image of the businesses involved in it in the eyes of the clients, and thus will allow the sector to further develop into other areas where alternative services to those provided by the banking system may be offered”.

“From a consumer’s standpoint, it’s important to make sure that the financial services provider that they work with is a regulated business that bears a valid license issued by the regulatory organizations (The Capital Market Authority and The Money Laundering Prohibitive Authority). Supervision of these two organizations allows the consumer some peace of mind in the fact that they have a go-to address in case of an issue or a dispute with a financial services provider”

What does the consumer need to know regarding these new regulations?
“From a consumer’s standpoint, it’s important to make sure that the financial services provider that they work with is a regulated business that bears a valid license issued by the regulatory organizations (The Capital Market Authority and The Money Laundering Prohibitive Authority). Supervision of these two organizations allows the consumer some peace of mind in the fact that they have a go-to address in case of an issue or a dispute with a financial services provider”. It is perhaps also worth mentioning that one should request a billinvoicereceipt for their transaction, as well as an output from the machine that checks the integrity of the money bills.
What happens to business that do not comply with the new regulations?
As part of the administrative authorities given to the regulators, they may impose monetary penalties upon a currency services provider, its controlling shareholder, or any employees of such, for any violation of any directive of the law. The law’s directive set an amount for a “basic” penalty, which the regulators may apply in cases of violations.
What kind of penalties exist?
Simply put- the business may be fined and may lose its license. Examples of possible offenses are: Not presenting the certificate in a clearly-visible area (50,000ILS for a business with a basic license), not informing the regulators of any changes in the information that was presented in the license-holder’s request (50,000ILS for a business with a basic license), not informing the regulators about hiring a new employee or ceasing to employ an existing one (50,000ILS for a business with a basic license), business owner or manager not setting internal rules and policies (50,000ILS for a business with a basic license), and other cases as detailed in section 71 of the law.
What are the main topics that the new regulations address?
Appointment of a new regulator of financial services. According to the law, the regulator is obligated, as part of their duty, to create a reliable, stable, and safe environment for the provision of currency services and to protect the clients’ interest. Also, the regulator is to promote competition in the sector and encourage technological and business innovation with the purpose of providing alternative solutions to those offered by banks.
Setting criteria for license approvals for credit and loan granting, financial asset services, and defining different types of licenses (basic and extended).
Definition of a minimal personal capital as a requirement for the license.
Authorization of the regulator to demand both periodic and immediate financial reports from financial services providers.
Defining directives on prohibitions on misleading customers during deals and in advertisements.
Prohibition of unfairly influencing the client, including influence that may detriment the client’s ability to decide on whether to communicate with а given currency services provider.
Prohibition of conditioning service provision by receiving services from another business andor person.
Resolution of public complaints regarding services given by financial services providers.
Granting extended supervision authorities to the regulator, including authority for requesting information and documents related to a financial services provider’s business activity.
Authorization of issuing monetary penalties and setting of basic penalty sums for licenses holders and employees of license holders.
For additional information, visit Adv. Golan Shlomi’s website: 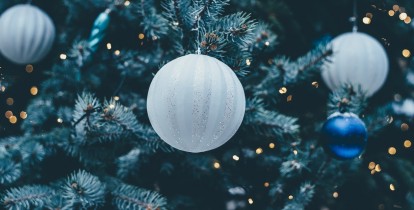 We may be starting to feel the end, but let’s face it, we will not be celebrating New Year’s Eve 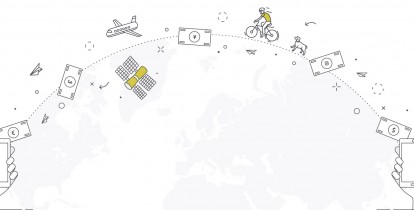 March 19 update: By Your Side in Any Situation

During this challenging period for everyone, GMT continues to work as usual to help transfer money abroad to your families 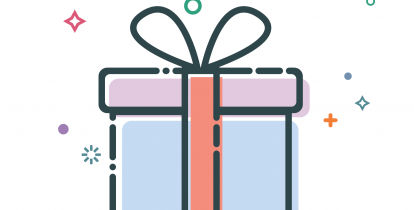